Tapping Into The Beer Industry

Posted on July 6, 2017 by ufinvietnaminternship

The beer industry is a competitive and ever-changing place to be right now. The Chinese beer market is now the largest in the world, recently overtaking the American beer market. The boom in China’s beer market is a result of macroeconomic and demographic factors. Disposable incomes in China have grown exponentially in the past five years, meaning more people are able to afford better beer. Also, the legal drinking age population has seen more rapid growth than the U.S. during this same period. Consumers have started showing preference for superior brands, especially imported and craft beers. Because China is the largest consumer of beer, the biggest players in the world’s beer industry are focused on infiltrating this profitable market. For example, brewing giant Anheuser Busch has made strategic, and sometimes not entirely ethical, moves to push their craft brand Goose Island IPA onto Chinese consumers. They also recently acquired the most popular brewery in China, Shanghai’s Boxing Cat Brewery. In addition to international breweries, the Chinese beer market is made up of domestic brewing companies like Tsingtao, importers and distributors like my company, and private craft breweries in Beijing and Shanghai.

My company remains profitable in this competitive industry, but there are a few factors that pose a threat. Vandergeeten’s biggest strength is the vast number of clients and partners that carry our products almost exclusively. We have great relationships with many of the venues that carry our beers, which is helpful when planning promotional events. However, not having our own place and relying on these venues is also a weakness for us. We don’t have complete control over the events or promotions our clients host. Being the middle man between the producer and seller leaves us with the least amount of control. There is an opportunity for us to capitalize on the increasing taste the Chinese have for Belgian craft beers, as a majority of our products are from Belgium. The Chinese also have a greater desire to drink the hand-made craft beers at local breweries such as Great Leap and Jing-A. These private breweries are our competition and pose a threat when it comes to getting our beers on tap in bars and restaurants all over Beijing and Shanghai. Personally, I think Vandergeeten will remain the top distributor of Belgian beers in Beijing and Shanghai. However, having over 100 beer brands in our portfolio, it isn’t unlikely that some will outperform others. I see the company having to drop certain brands to focus on the best-selling ones if they really want to compete with the private breweries, which are gaining more market share every year.

Personally, it has been a bit disheartening doing research and discovering the methods that large companies such as Anheuser Busch use to gain market share in China. They have secretly measured other brands’ taps and bulldozed their way into the Chinese beer market, buying out what was one of the most authentic private brewery in Shanghai. The main breweries in China, although competitors, frequently come together to educate consumers about craft beer. They collectively dislike the “big guys” and for good reason as displayed by Anheuser Busch’s actions. Breweries here such as Great Leap, Slow Boat and Jing-A aren’t in it to take over the world’s beer market. They started their businesses with family or friends to promote the art of brewing from home and to give consumers high quality brews, without the cheap and unnatural ingredients that mass producers use. If you walk into any of these breweries as well as the popular Belgian beer bars Vandergeeten distributes to, you won’t find a party atmosphere. It is a relaxing environment for people to socialize and spend time with those they care about, something very important to the Chinese people. A lot of these venues have been labeled as family places. My UF group went to Jing-A Taproom just this past weekend, and saw a grandpa, a dad, and his two young sons sitting at the bar drinking cokes and eating burgers. It is the friendly and homegrown environment that makes the “little guys” successful here. It is inspiring to see in such a cutthroat competitive industry. 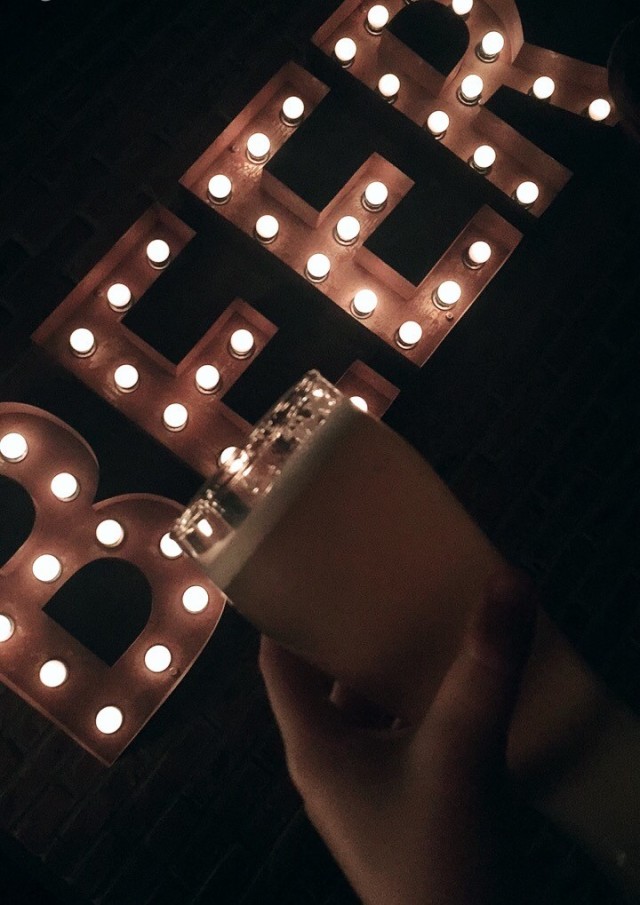 This entry was posted in Alexandra, Uncategorized. Bookmark the permalink.